My life is an open book for the most part. Honestly isn’t blogging like keeping a diary that the world can see.  I have spilled the nitty gritty on everything from my eating disorder to my homebirth and tidbits in between.  What I really never talk about is being adopted.  I suppose it is for many reasons and not all of them relevant at any one time.

As a child I was always told that I was adopted.  I remember age 5 being on the brown velour couch in our sunroom in New Jersey and my mom asking me “Do you know what it means to be adopted? You and your brother are adopted.  Someone loved you enough to bring you into this world and give you to me.”

I remember traveling in Canada and a frantic mother racing up to my mother, shop keeper in tow, waving a finger at my then five year old brother because he 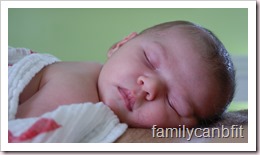 What does REAL mean

Flashes of times when I shared my being adopted also weigh on my mind.  In the first grade, playing on the monkey bars I mentioned to a classmate how special I was because I was adopted.  Her reply, “Well where are your real parents?”  “At home.” “So you aren’t adopted, you lied.” “No, I’m adopted.” “Then where are your real parents?”  I just jumped off the monkey bars and went home to discuss this newly acquired distinction with my mother.  The next day I was armed with the reply, haughtily spoken “Oh, you mean my biological parents, I don’t know where they are but I live with my real parents, the people who love me and take care of me.  Don’t you live with your real parents?”

Being adopted has meant a myriad of experiences for me, from supporting a friend who found out on his 18th birthday he was adopted to sharing my story with clients who became parents through foreign adoption. It has also had some glaringly uncomfortable moments.  When I was pregnant with my first son I experienced a lot of pain and my mother was unsure of what it was so I rushed to the hospital to find out later it was only ligament pain.  After his birth when I wasn’t too keen on bringing him to see his paternal grandmother (she had some psychological health issues) I argued with my own mother who let slip “Well, she’s more his grandmother than I am.” The cat was out of the bag.  During prenatal visits I was always asked about family history, health and birth.  My only answer, “I am adopted.”

My mother had always held that if we were interested in locating our birth parents when we were older we should never pay an investigator, she had files on us in her safe.  That information was locked away until I became pregnant.  I asked once for medical information and the next morning my mother concluded she had looked at my files and everything was normal. My mental state during my first and even second pregnancy though, was not normal.  Maybe it was, I don’t know but I think sharing my history may shed light on it and help other adopted women out there.

For as long as I could remember I was always told that I was adopted through a private agency that worked with the United Way.  That my parents were older, in their late 30s and professionals who just didn’t feel they could take care of me well.  Somewhere along the way scientists were added into my birth history too, as if they were scientists and very devoted to their work.

I went through the tail end of my first pregnancy (unmarried) and second pregnancy (married) wanting to give my baby up for adoption so that it could be raised well by another family who could take care of it better than I could.  In hindsight it all makes sense now, I was always told about how much scrutiny my parents had undergone to adopt me. Home visits, psychological tests, references were all required to adopt me from a couple of professionals, scientists, who thought they couldn’t provide a good enough home.  It makes sense now that in my mind I felt I wouldn’t be able to do enough if two successful scientists couldn’t be good parents how could a simple yoga teacher, and her starving artists husband making below minimum wage, be a good mother?

So what changed? My second son came back with a heal prick test positive for Galactosemia a rare metabolic condition.  He was a fussy baby and profuse vomitter so I was really scared. I went to my mother to air my concerns because I believed heredity put me at risk.  The response “Oh, you aren’t from there, I’m sure he’s fine”.  It was a rough blow to find out that my heritage was not what I thought it was but a second test revealed that the first was a false positive from the sample sitting out too long and my mind was at ease.  Later my son developed epilepsy and this time the medical questions took on new meaning. I was tired of having to ask for information so I opened the safe to take a look.  What I read changed my third pregnancy dramatically.

The Truth Shall Set You Free

My mother was a 32 year old secretary who had a long term relationship with her boss who was a married man with kids.  She did not tell him of her pregnancy and ended their relationship. She was of Irish descent, wore glasses, average height and weight.  He was tall, blonde wavy hair and I like to believe that he would have at least wanted to get to know I existed if given the chance.

This information lifted an invisible weight from my shoulders.  Never once during my third pregnancy did I think I couldn’t do a good enough job. I spent my whole pregnancy completely happy with the idea of my new baby becoming a part of my family. Through a series of events I became estranged from my parents during my pregnancy but a curiosity about my medical history and therefore my kids medical history prevailed.  I contacted the adoption agency for a copy of my medical records.  They sent photos of me from the foster home I was in for the first month of life.  Another shocker.  I cried for two weeks straight.  I had always been told that my parents picked me up directly from the hospital the day after I was born.  To find out that I was alone as a baby in some interim housing really effected me, the photos were at different angles, with me propped up, in different outfits – they made me feel like I was on sale, or display for prospective parents. I know that was not the case truly. I was also shocked to find out about my biological medical history, heart attacks back two generations both female and male, no information given on the biological paternal side, diabetes caused by pharmaceuticals and more questions floating in my head.

You don’t have to be perfect

My goal in sharing this story is to help ease the suffering, doubting or fearing of any would be parent out there, not just those effected by adoption.  You don’t have to be perfect to be the perfect parent.  Truly. You just have to live with love in your heart.

Family Can B Fit

Family Can B Fit

Our Move to Portland

Adult Fit Adventures Anecdotes Do It Eat It Exercises Family Giveaway Kids Fit Montessori MovingtoFitness2015 News Read It Recipes Reviews Uncategorized Use It Vegan Wear It
%d bloggers like this: